Confession time… Until very recently, I’d never had my brows professionally tamed. The turning point came when I was lucky enough to be invited along to the Benito Brow Bar launch party in the (newly relaunched) House of Fraser Leeds beauty hall. 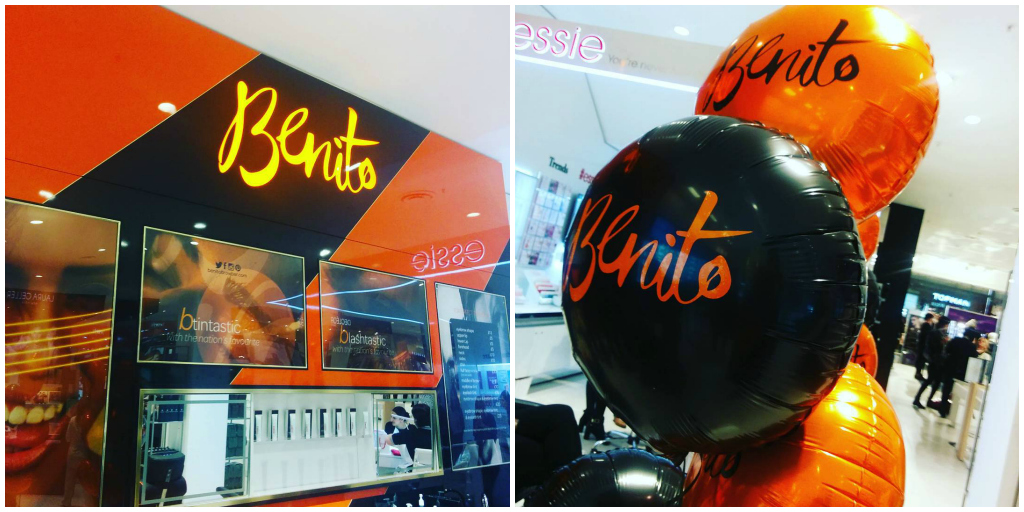 You can’t miss their concession – it’s so new and shiny, all bright orange and bold blacks. The team at Benito Brow Bar are incredibly friendly, and all have brows to die for. Serious brow game goals.

Firstly my technician cleaned away my brow makeup (as ever, a mix of Urban Decay’s brow box powders, and a touch of Rimmel brow pencil) and brushed them to see what was what. She trimmed some straggly ends with scissors, and then began the threading process. I expected it would hurt a lot more than it did, and was pleasantly surprised to find that it was somewhere between a tickle and light pulling sensation – it really wasn’t anything to worry about. The closest analogy I have is that it feels like when you tear perforated paper? Like, a pop pop pop pop pop kind of a thing, if that makes sense?

After the first brow was done she gave me a mirror, and the difference was obvious straight away. Oh, and all the fuckery I’ve managed through years of plucking was obvious too… there are some definite ropey bits in my brows, urgh. No time to waste, I let her crack on with my other eyebrow, and after the threading was done, she applied a cooling and soothing aloe vera gel to my brows to calm any redness and close the pores. Once my brows were sorted, I was treated to a lovely hand massage – super relaxing! 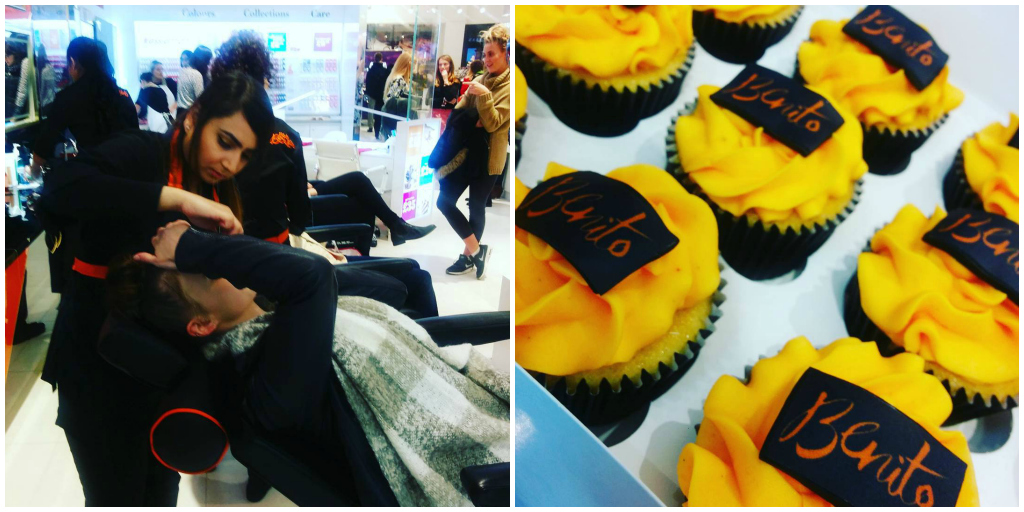 I was told in no uncertain terms to leave my tweezers alone! I’ll be going back in for a tint soon, as I hadn’t found time to call in for a patch test ahead of the launch event – safety is taken very seriously at Benito, and rightly so! In theory, I’ll need to go back for another threading in about three weeks or so, but it depends largely on how quickly my brows come back in.

I didn’t think my brows were that bad before I had them tended to professionally… I mean, I’ve never been daft enough to shave them like many other spooky folk I know, but they’ve definitely been overplucked through the years. Maybe not so much in the past few years, but the damage was already done. If I’m totally honest, I think I’d just managed to get my brow makeup routine good enough to cover any dodgy bits on a daily basis. Since having them shaped it’s a million times quicker to do them in a morning, and my makeup is just so much more even… So yes. I solemnly swear to keep my tweezers away from my eyebrows!

Have you ever had your eyebrows threaded?